What is Decarboxylation, and Why is it Important? 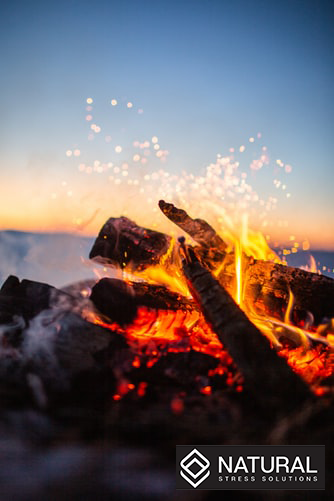 Decarboxylation and CBD As we’ve discussed before, CBD is short for Cannabidiol, one of the many cannabinoids derived from hemp. Depending on the source, it is believed there are between 60 to over 100 unique cannabinoids, each with different effects. CBD is the second most common cannabinoid, behind THC. However, unlike THC, CBD does not have any psychoactive effects, thus making it a legal substance in all 50 states. Although CBD is reported to have a number of therapeutic effects, including anxiety reduction, relaxation, seizure relief, pain cessation, skin care, inflammation relief, and encouraged wakefulness and alertness, it needs to undergo a process called decarboxylation to be fully beneficial. Decarboxylation allows the CBD to be fully activated to provide all of its therapeutic effects. Cannabinoids are the chemical compounds given off by all cannabis plants that bind to the different cell receptors within the endocannabinoid system. There are around 113 cannabinoids that have been isolated, with CBD and THC being the two most well-known. What is Decarboxylation? Decarboxylation is the process of removing the carboxyl group from CBDA to turn the cannabinoid into active CBD. When cannabinoids, like CBD, are extracted from hemp, they contain an extra carboxyl ring or group attached to their chemical make up. The importance of decarboxylation comes from the fact that cannabinoids; such as CBD are not fully active in their completely raw form. In reality, the cannabinoid taken directly from the plant is CBDA (Cannabidiolic Acid). While these acids do have anti-inflammatory and neuroprotective properties, they do not have the full-blown benefits of being pure CBD. The decarboxylation of CBD increases its bioavailability. In other words, your body will be able to use the compound right away and essentially, allow it to work faster. How Does Decarboxylation Take Place? In order for decarboxylation to occur, you need two important things, heat and time. When hemp is harvested it is then aged, dried, or curated; thus it begins to “decarb” but the temperature at which it sits, is not high enough to decarb completely. The main way CBD becomes active is through exposure to heat. Decarboxylation begins to take place at around 220 degrees Fahrenheit after around 30 minutes of exposure. For CBD to become fully decarboxylated though, it might take longer. When individuals “decarb” their cannabis or hemp, they will often do so at slightly lower temperatures for longer periods of time to preserve terpenes; phytochemicals that give off the plant’s scents. We know that certain cannabinoids are damaged at temperatures over 300 degrees, hence temperature recommendations in the 200’s. CBD isolate has already gone through a process that activates the CBDA and turned it into CBD isolate, therefore there is no additional steps required after purchase. Full Spectrum on the other had, will typically need to be decarboxylated before being used, to access its full potential. There are some CBD companies out there though who have seen the benefits of CBDA, and offer products that have not been decarboxylated. While decarboxylation is one of the most important parts of activating the various therapeutic compounds, it is something that is relatively unheard of to the basic consumer. As you can see however, decarboxylation is an extremely important part of harnessing the benefits of CBD.

Read our most recent blog: CBD and Diabetes by clicking here.