CBD and Drug Screens – Will I Test Positive? 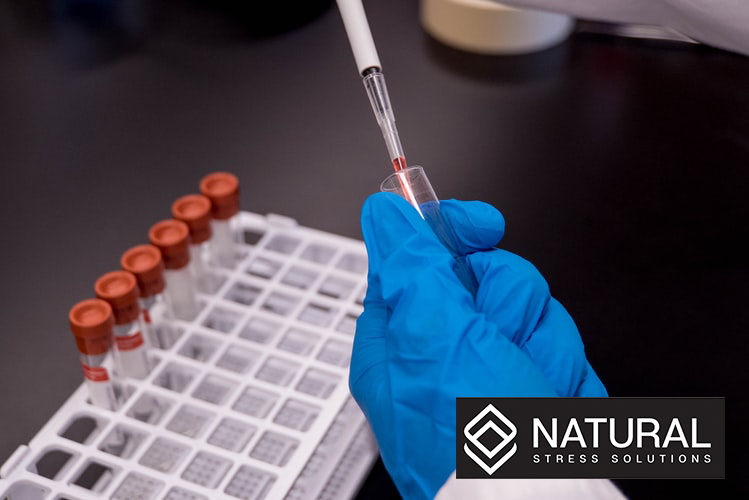 CBD and drug screens. One of the questions we get asked all of the time is, “Will this show up on a drug screen?” Luckily, due to the amount of research done over recent years, we have compiled some answers for you that will help explain the differences between Pure CBD, and Full Spectrum CBD products, as well as what will and will not show up on a drug screen. But, before we get into all the little details and science behind drug panels and how they react with CBD, let’s first discuss the different classifications of CBD.

When it comes to CBD products, the most commonly sold are Full Spectrum (full plant material products) and Pure (isolate based.) Although we have discussed the differences many times throughout our blog, lets go over the basics one more time just in case anyone is new to CBD.

Full Spectrum is a product derived from the seeds and stems of hemp plants, which contains a combination of CBD, natural plant terpenes and cannabinoids such as CBG (cannabigerol), CBN (cannabinol) and less than 0.3% THC. Just like CBD, these other cannabinoids and terpenes are naturally occurring in hemp and marijuana plants. Full spectrum products include oils, topical products, and soft-gels among many other options.

So what could this mean for CBD users concerned with drug screenings? Here’s where it gets tricky. Although Full Spectrum  hemp-derived CBD products contain less than 0.3% percent THC, and there is no risk of intoxication or feeling “high” from these products with these low trace amounts, that does not mean you are completely “safe” if screened. Even small trace amounts of THC can be picked up.

CBD users faced with routine drug screenings often turn to Pure or “isolate” products. The term “isolate” comes from the extraction process by which CBD is isolated from all other elements and what remains should be pure CBD and nothing more. Most products claim to be around 99% pure. Which means some trace amount of other cannabinoids, including THC, could possibly remain. When looking into isolate CBD, its the numbers that make all the difference. Products containing 99.9% CBD are a lot less likely to have identifiable amounts of other cannabinoids, while anything with 99.5% or less will contain higher trace amounts of other cannabinoids.

For the purpose of this article, we’ll refer to the most commonly used test. The urine drug screen or UDS, is used more often due to its convenience, cost and pain-free procedure. The UDS analyzes urine for illegal and prescription drug usage. The test usually screens for amphetamines, methamphetamines, benzodiazepines, barbiturates, marijuana, cocaine, PCP, methadone, and opioids (narcotics).

There are two forms of tests used for urine screening. Immunoassay tests give rapid results and are more cost-effective, but have a higher likelihood of giving a false positive. A false positive is when a UDS shows positive for drugs when none were actually in the patient’s system. This type of screening also doesn’t pick up on all forms of opioids.

The next, more expensive test, is the gas chromatography/mass spectrometry (GC/MS) test. It works very similarly to the immunoassay, but requires more time and very rarely results in false positives, however either test can produce a false negative. A false negative is where no drugs are detected by the UDS, even though the patient in fact had drugs in their system.

The immunoassay UDS, although more commonly used for giving faster results and for being more cost-effective, it should be noted that these tests don’t actually measure drugs. These test detect how drugs react within the patient’s immune system to determine it’s ability to build antigen-antibody complexes. The test has a cutoff limit, expressed in nanograms per milliliter (ng/ml). Any amount above the cutoff number results in a positive screening. Now the issue that occurs with the immunoassay UDS; and with instant results, the individual administering the test doesn’t usually add the numeric values of the ng/ml to their findings, a simple positive or negative result is sent back to the party requesting the test. This is because most immunoassay screens don’t include the ng/ml percentages. More often than not there’s a simple test strip that turns a different color to indicate the presence of specific drugs, no matter how little is actually in a persons system.

When asked to complete a UDS, it’s good to note the potential for false positives. If you’re certain there are no drugs in your system, and your screening produced a positive result, you should inquire as to which UDS was used. If results were instant, it was most likely an immunoassay test. If this was the case, be sure to request a second screening utilizing a GC/MS if possible.

Although Gas Chromatography-Mass Spectrometry (GC/MS) tests are more expensive, they are used to detect and study trace amounts of chemicals, as low as 0.000000000001 gram. Gas chromatography (GC) works to analyze and separate various components in a substance, such as urine, to then test the purity of that substance and/or identify a specific compound. Mass spectrometry (MS) categorizes ions based on their mass. An MS analysis can be used in complex as well as pure samples. Together, put in simpler terms, the GC/MS measures the amounts of chemicals in a given sample by comparing it to a pre-measured standard (or clean) sample.

So which CBD product is safe?

Although Pure CBD products should contain very little if any amounts of other cannabinoids depending on the purity of the isolate, there’s never a guarantee that any cannabinoid is going to be 100% “safe” when it comes to drug screening. Since any hemp plant may contain THC, the active compound drug screens are designed to detect when testing for marijuana, any CBD product can still have at least trace amounts of THC which can ultimately lead to a positive screening regardless of how small the chance of that happening is. Like stated, if a Gas Chromatography-Mass Spectrometry test is being administered, it can detect trace amounts of chemicals as low as 0.000000000001 gram.

It is less likely that a UDS would show positive for THC with a patient taking pure isolate CBD, than perhaps full-spectrum products, but the only way to be completely safe would be to stop all usage of any substances prior to your scheduled screening. Still, this is not a promise that your screening will come back negative, but it is not a bad idea to stop usage at least ten days (if not longer) before a urine test if possible.

Now please don’t be discouraged by this information. When we receive all of our Pure CBD isolate, and Full Spectrum CBD, we get in the highest quality products that we can. We then send in a sample to make sure that our test results match up with the test results we get from the farm. This helps us to ensure that what we are putting into our products is the highest quality product, that we can get our hands on. We do no purchase isolate that comes back at less than 99+ percent pure. Now, with Full Spectrum, as stated before, is going to contain some trace amounts of THC as it contains whole plant material. We abide by all legal requirements that Full Spectrum must contain 0.3 percent or less of THC.

Read our previous blog: What is CBD Wax? by clicking here.