Can Hemp Help to Restore the Declining Bee Populations? 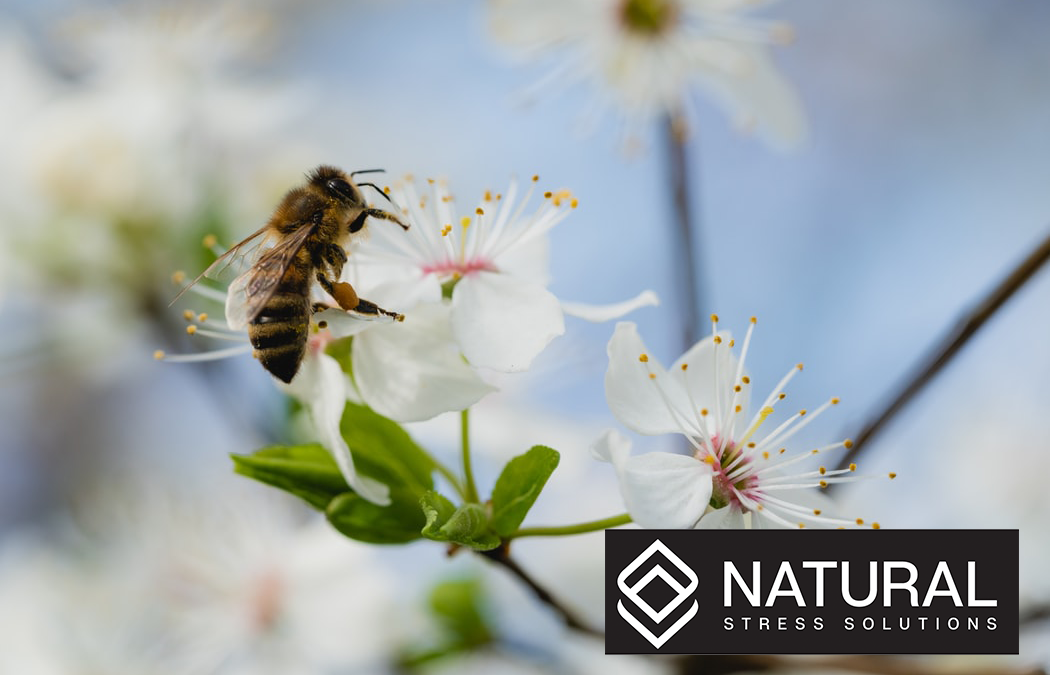 In August 2017, Time reported that more than 700 species of bees in North America are declining. This comes from a report published the same year by the Center for Biological Adversity. While the decline of honeybees in the US and other places of the world has been well-documented in recent years, there are more than 4,000 species of bees who could be looking at the same fate. This begs the question, Can hemp help to restore the declining bee populations? Unfortunately there are several species of insects and animals around the world that are facing extinction. So what makes bees so important, and how can hemp help save bees facing rapid decline? Let’s take a look.

Before we discuss why bees are so important to the ecosystem, it’s important to understand why bee populations have been declining in the first place. It’s speculated that one of the biggest threats to bee populations is the widespread use of pesticides in industrial agriculture.

One study found that almost two-thirds of honeybee hives that were surveyed in the US and Canada contained at least one synthetic pesticide. Scientists are most worried about a group of insecticides known as neonicotinoids, that are frequently coated on crop seeds such as canola, which many honeybees depend on for pollen. Neonicotinoids have shown to disrupt the instincts of bees, such as navigation and memory.

Another reason bee populations are declining is because of a mite known as the varroa mite. These mites were accidentally introduced to Florida in the mid-1980’s from Asia. Most honeybee species in North America stem from the European honeybee, which has no natural immunity to the Asian varroa mite. Essentially, the varroa mite draws out the bees’ “blood” while at the same time transferring a virus that deforms the bees’ wings.

Another reason for honeybee decline is poor nutrition. Bees like to dine on junk food, and the sugar and corn syrup they ingest does not contain pollen that increases resistance to disease. Increased suburban development and monocultural farming (the agricultural practice of planting a single crop) are also to blame for the bees’ lack of “better” food choices.

Why are Bees So Important to the Environment?

Have you ever stopped to wonder where we’d be if there were no bees? Bees are one of, if not the, most important species that exists. Not only are they responsible for pollinating 70 of the nearly 100 crops that feed the entire global population, but their extinction could account for the loss of all the plants they pollinate and the animals that eat these plants to survive. If the bee population continues to dwindle to the point of extinction, we’d have roughly half of the fruits and veggies to choose from when shopping at the grocery store. Bees keep crops and plants alive and thriving.

Aside from pollinating many of the foods we eat every day without giving it another thought, there are several species of wild plants that depend on bees to thrive as well. Bees’ pollinating role is vital in the habitat building of other animals and insects as well. Bees are responsible for the growth of rainforests, temperate deciduous forests, and savannah woodlands. Bees support the growth of other plants, flowers, and trees and contribute to the complex interconnected ecosystem on which every species on the planet depends on to thrive.

How is Hemp Going to Help Save the Bees?

Well, hemp has been heralded as a miracle plant by many. So miraculous that it just may save the world! From restoring depleted soils through phytoremediation, freeing our dependency on fossil fuels, replacing plastic, providing food, reducing the effects of carbon emissions, and preventing deforestation, hemp has a lot of potential to bring some balance back to our highly-unstable world.

A paper presented at an entomology conference by a University of Colorado student, Colton O’Brien, reported that 23 different bee species living in Colorado had been caught in traps placed in a hemp field during a one-month period in August. O’Brien started the project because of a simple reflection; “You walk through the fields and you hear buzzing everywhere.” In his paper, “What’s with all the buzzing?” O’Brien contends that he performed his experiment at two hemp farms in northern Colorado, where hemp tends to flower between late July and late September.

Hemp flowering happens after other species of plants have completed their blooming cycle, which can ultimately lead to a shortage of nutritional pollination sources for bees during these months.

According to the paper, “hemp becomes a valuable pollen source for foraging bees, giving it the potential to have a strong ecological value.” O’Brien also contends that increased pesticide control policies in hemp production is vital, as much for the quality of the hemp and related products, as well as preserving the health of the bees.

According to Colorado State University entomologist, Dr. Whitney Cranshaw, it’s “shocking how valuable hemp is as a pollen resource for all kinds of bees.” Cranshaw says that in areas of the country that don’t have strong populations of flowering plants, hemp production could do wonders to save declining bee populations. “In this part of the country where there’s not a lot of alternative flowering plants, hemp is a godsend for bees,” Cranshaw says. “I don’t think it’s that big a deal if you’re on the East Coast where there’s lots of other flowers, but you grow it in an arid place like Colorado—particularly in a drought year like this (last) year – I mean the bees are going nuts in the hemp. It’s a wonderful resource.”

With the recent passing of the 2018 Farm Bill, hemp production throughout the US is expected to expand exponentially. What this means for dwindling bee populations remains yet to be seen, however, with new evidence pointing towards the idea that hemp could save dwindling bee populations, the future looks promising for these extremely important insects.