Could CBD be the Next Green Gold Rush? 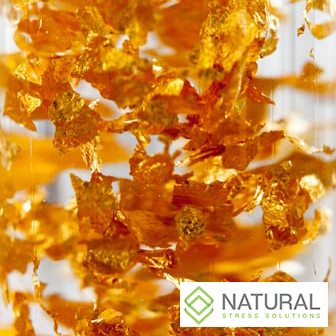 CBD, the compound added to everything from skin cream to ice cream, can be derived from hemp or marijuana and has been touted as a treatment for ailments ranging from stress, anxiety, inflammation, and so much more. The catch, “CBD is still in a legal gray area” according to Bethany Gomez, director of research for Brightfield Group, which studies the cannabis and CBD industries.

Cannabis is subject to a patchwork of state regulations. But the 2018 farm bill removed hemp from the list of controlled substances, opening the floodgates for hemp-derived CBD products. It seems as though everyone and their mother is starting a CBD line right now due to the estimated growth of CBD over the next few years. It seems as though CBD will be the next green gold rush. It’s estimated that in 2018, revenue for some CBD companies will be at an estimated $45 million.

Arby Barroso, the co-founder of Green Roads in Florida said he became interested in CBD after being introduced to it by a friend in Colorado. Barroso who had long been taking painkillers for a football injury he sustained when he was 23, invested in a pain-management clinic and he describes that decision as “the worst thing ever,” as he soon became addicted to opiates. It was once a friend suggested he try CBD gummies, that he was able to stay clean.

The one downfall was that the gummies Barroso was taking, were derived from marijuana plants, so it contained another cannabinoid, THC, which is an illegal cannabinoid in many states. As an alternative, Barroso knew he needed to come up with something that did not contain THC. In 2012, he approached a compounding pharmacist, Laura Fuentes, about making a hemp-derived CBD product that could alleviate his pain and help keep him off opiates. Her response was to come up with a CBD isolate based oil. The two soon became business partners and co-founders of Green Roads.

Hemp, which was outlawed in Florida when Barroso and Fuentes first began says, it was almost impossible to buy an oil containing only minimal amounts of THC. It’s much easier now, but supply can still be tricky; since 10 55-gallon drums of oil aren’t easy to come by. There are other, unexpected, costs and downfalls to being in the CBD industry as well. Due to the federal regulations on CBD, many banks are not willing to support merchant accounts for the sale of CBD. As well, a lot of social media sites such as Instagram and Facebook have been shut down due to the legal restrictions on marketing CBD products.

While it is unsure where CBD legalities are going from here since the passing of the 2018 farm bill, it’s still estimated that the market for hemp-derived CBD products will be at about $591 million in 2018, growing to $22 billion by 2022. Other analysts, while being more skeptical, are still very positive on the sector. Hemp Business Journal says the market for hemp-derived CBD was about $190 million in 2017, and will grow to $646 million by 2022. Which is still a huge increase.

Experts expect the market for CBD to balloon now that the farm bill has passed. That means the biggest challenge for CBD companies is yet to come. It has even been rumored that Coca-Cola is developing a CBD product. This means that the CBD community is not even close to its full potential, and now that the passing of the farm bill allows companies to sell, and have better merchant account rates, CBD is going to boom in the next couple of years. It is going to be the next Green Gold Rush!