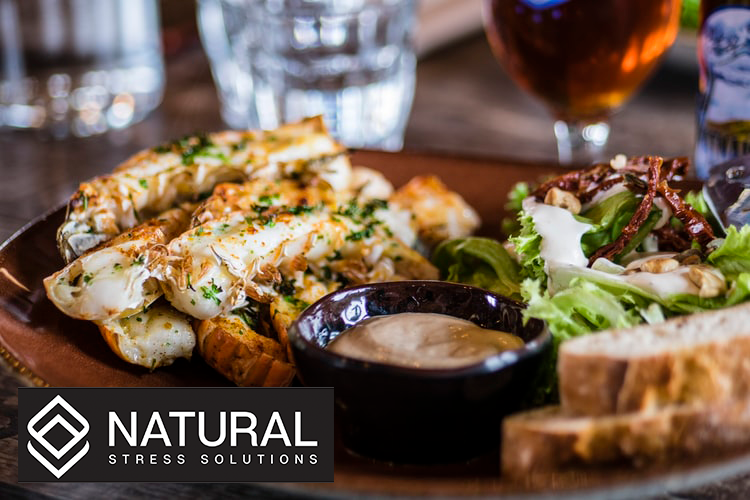 CBD-Infused Foods – They’re Everywhere, but Still Illegal? Below you will find an article we found to be of interest to us, about the legalities of CBD in food and beverage, and how companies are getting over those hurdles. This post was originally posted by The washington Post, and can be found in its entirety here.

In 2017, no one knew what CBD oil was. In 2018, folks stumbled saying “cannabidiol” (that’s CBD oil) out loud. In 2019, it’s everywhere, and everyone wants in on it. In flavors like “cucumber mint refresh” and “watermelon renew,” a new line of CBD-infused waters and teas is hitting major grocery stores in California and Colorado on Monday, July 1st, 2019; each 16-ounce bottle containing 20 milligrams, or trace amounts, of “active hemp extract. These beverages by the Oki company are among the first wave of large-production, mainstream products that are taking CBD out of the neighborhood head shop, dispensary or hippie health food store and into mainstream commerce. CBD fits into a new conception of health, wellness and functional foods that includes the nonintoxicating benefits of this chemical compound without the psychoactive THC found in marijuana. But at the federal level, CBD in food and drink is still illegal. The Federal Food, Drug, and Cosmetic Act prohibits adding even approved drugs to human or animal food in interstate commerce.

Amy Abernethy, the FDA’s principal deputy commissioner, has taken the lead on clarifying the agency’s position on regulation of CBD-infused products, using witter as a primary mechanism for conveying the agency’s thought process. On June 16, the FDA released a document called “What You Need to Know (And What We’re Working to Find Out)” that states: “We are aware that there may be some products on the market that add CBD to a food or label CBD as a dietary supplement. Under federal law, it is currently illegal to market CBD this way.” When asked which instances of CBD sale might prompt legal action, the FDA said it had no additional comments but that the agency had opened a docket for the public to submit comments through July 2. There are 2,554 comments thus far, and that date has been extended to July 16.

Why the rush to finalize everything CBD with the FDA? Money.

Oki beverages have a suggested retail price of $5 per 16-ounce a bottle; a 16.9-ounce bottle of Nestlé water, by comparison, is about 54 cents. Boris Savransky’s Beezy Beez, which produces honey from a network of more than 200 bee farms in New York and New Jersey, started producing Hempme CBD-infused honey a year ago. Twelve ounces of his regular honey costs $5.99 to $6.99; six ounces of CBD-infused honey is $55. For honey, that’s a sweet markup.

“Many CBD companies stay intrastate because of bandwidth and financial resources,” said Garrett Graff, managing attorney at Hoban Law Group in Denver, which calls itself the nation’s premier “cannabusiness” law firm and represents more than 200 cannabis and hemp companies, including Oki. Very few of the companies Graff’s firm works with have the ability to scale up to meet the ongoing supply needs of a major grocery chain or big-box store. Oki being among the first “marquee” national brands to distribute to big box stores, has the potential to be very lucrative.

Amid the legal patchwork surrounding CBD, each state is adopting its own strategies for dealing with CBD in food and beverages. Indiana, Utah, Texas and Florida require a QR code that allows consumers to look up batch numbers, potency and other ingredients. In May, Oklahoma Gov. Kevin Stitt (R) approved a bill to establish labeling requirements for CBD and hemp extracts. In Florida, a state hemp program goes into effect July 1 establishing licensing requirements and a framework for dealing with violations, corrective measures and enforcement in the sale of CBD products.

So far, the FDA has looked the other way for intrastate commerce in CBD foods (Carls Jr. rolling out a CBD-infused “special sauce”  burger in Denver for “4/20 Day,” say). But interstate sales are thornier. Many banks, insurance companies and merchant service companies are leery of providing services for national CBD companies and of the FDA stepping in to see whether the claimed CBD levels are present in the products (spoiler: they frequently aren’t) and issuing warnings to companies making “egregious and unfounded claims that are aimed at vulnerable populations,” claims that it cures Alzheimer’s, cervical cancer, fibromyalgia and more.

Although Oki water labels and marketing materials make no claims beyond, ““feel calm, feel balanced,” the sheer scale of Oki’s launch might arouse the FDA’s attention. Produced and bottled outside of Dallas, waters from the Vancouver-based company are likely trucked through states like New Mexico, where marijuana remains illegal, before reaching their final retail outlet — the very definition of interstate commerce.

“States are confused and lost and seeking guidance,” Graff said. “Even bullet points like ‘comply with good manufacturing practices’ and ‘don’t make impermissible health claims.’ If you had that interim guidance, you’d see huge relief among states.” Graff and other experts are confident the FDA will soften its stance that CBD is not “safe as a food additive,” perhaps taking cues from Canada, where new rules governing the production and sale of edibles go into effect Oct. 17. But questions remain about what CBD does, how safe it is, and whether companies and even consumers open themselves up to legal action in partaking before a regulatory framework has been hashed out.

Historically, hemp has been coupled with marijuana, and due to this there has been little scientific research into safe dosages, drug interactions and the long-term effects of CBD use. The University of Mississippi is the only federally authorized researcher of marijuana. Otherwise researchers must obtain materials through the National Institute on Drug Abuse. Graff said many companies have sought to do research with universities but have been stymied by red tape.

Graff said that many companies embrace third-party testing of products and “sensible” inspection. “We all want the same thing in terms of consumer safety. That’s the same for any other product out there. Hemp should be treated equally under the law.”