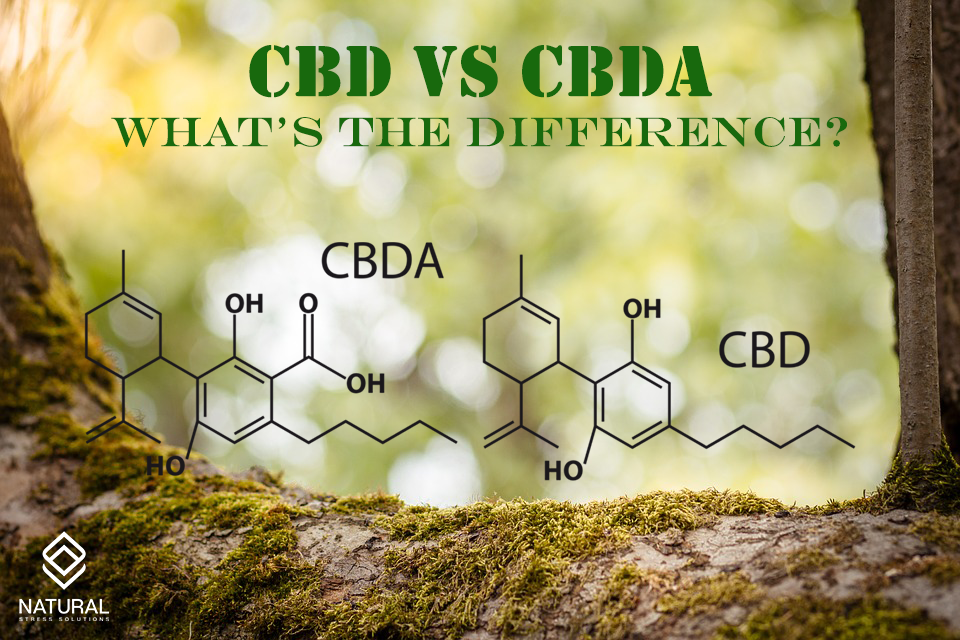 Cannabidiol is the byproduct of another plant-based cannabinoid, cannabidiolic acid, or CBDA. Since CBD begins as CBDA, it is natural to wonder if one cannabinoid might be better than the other. Knowing the similarities and differences between these two cannabinoids could help you make an informed, confident purchasing decision.

What is CBDA? How does it work?

CBDA is the acidic precursor to CBD found in raw plant material, essentially CBD in its pre-evolved state. While CBDA was once considered an “inactive” cannabinoid, current research suggests CBD and CBDA have similar health and wellness potential. Since CBDA is found abundantly in cannabis plants, some people consider CBDA to be the more natural of the two cannabinoids even though cannabinoids are not considered “active” unless they undergo decarboxylation. Juicing raw plants, medical marijuana in particular, is one of the most common methods of obtaining a product high in CBDA. Once dried, the plant is no longer suitable for juicing, and extracting CBDA. CBDA does not directly bind with endocannabinoid receptors but is believed to interact with the ECS by inhibiting the function of COX-2 enzymes and enhancing the function of serotonin-producing receptors. While CBDA is commonly found in raw cannabis, it can also be found in lesser amounts in full spectrum CBD tinctures, topicals, and capsules.

How does CBDA differ from CBD?

While CBD and CBDA are chemically similar, they are not interchangeable. CBDA converts to CBD during extraction and processing as temperatures rise, changing the molecular structure of the cannabinoid. This makes CBD a byproduct of CBDA.

Often times CBDA is the lesser of the two cannabinoids, as CBD without the acid molecule is easier for our bodies to utilize than CBDA. While CBD is the predominant cannabinoid in full spectrum hemp products, the processes used to extract hemp oil do not convert all the available CBDA to CBD. This means that CBDA is commonly found in small amounts in full spectrum products as a minor cannabinoid.

Which Cannabinoid is Better?

When considering your cannabinoid options, it’s not quite fair to say that one cannabinoid is superior to the other, they each have their own unique potential. Each of the many plant elements in cannabis products work together synergistically to enhance the effects of the other. But if you were to find you had the option of selecting between a quality CBD tincture and a raw CBDA tincture, the CBD-dominant product would likely be the better option.

The processes used to extract hemp oil from the plant matter helps purify the extracted oil and ensure the final product is safe for consumption. Raw cannabis, whether sourced from hemp or marijuana, could contain any number of potential contaminants. For that reason alone, you may be more comfortable selecting a decarboxylated product, a product that is predominantly CBD.