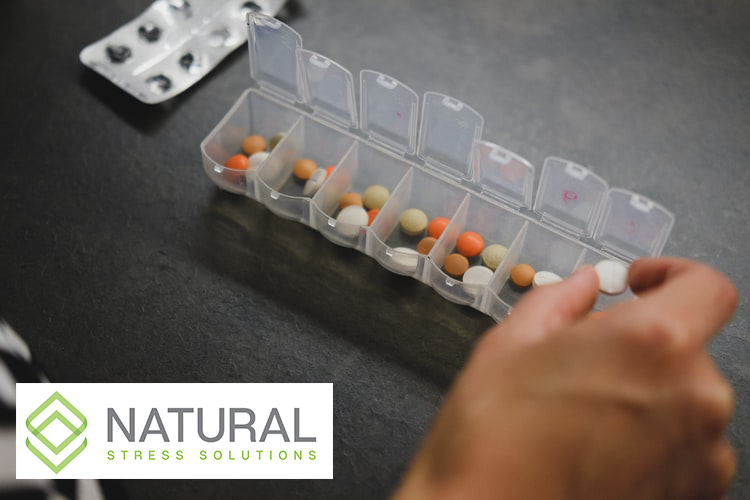 Nearly 60 percent of the medications on the market are metabolized through a set of liver enzymes – called cytochrome P450, or CYP450 – that are, coincidentally, the same enzymes that break down CBD. Research suggests that CBD is a very strong inhibitor of the CYP450 enzymes. This means that if you take CBD while on another medication, it could block these critical enzymes, allowing more of the medication to get into your system.

Michelle Henry, a board-certified dermatologist and Harvard-trained Mohs surgeon breaks it down like this; “So, let’s say you’re on a medication like warfarin, a really common medication given to patients to thin their blood. If CBD is blocking the metabolism of warfarin, that warfarin is now higher and more active and can either become toxic or cause other problems.” In the case of a blood thinner like warfarin, “other problems” could entail a traumatic bleed or a dangerous hemorrhage, she added.

The same goes for benzodiazepines (or benzos) like Xanax or Ativan, which are used to treat anxiety. If CBD is taken in conjunction with one of these drugs, it could increase the side effects and potentially cause you to feel more sedated or drowsy. In some rare cases, the drug combo may become toxic or even interfere with your respiratory system, according to Henry. Doctors suspect that certain antibiotics and even NSAIDs (think Aleve or Advil) are altered by CBD consumption as well. According to the Districk of Columbia Department of Health, CBD can also increase the serum concentrations (the amount of medication in your blood) of a ton of other drugs, including antidepressants, antihistamines, antiretrovirals, calcium channel blockers and beta blockers.

Have you ever heard of the grapefruit rule? This “rule” suggests that the citrus fruit can impair how your body absorbs certain drugs; mainly cholesterol medications, blood pressure drugs and allergy pills. That same mechanism is no different than CBD’s. According to Henry, grapefruit inhibits the same set of liver enzymes that CBD blocks. So, like CBD, grapefruit juice can boost levels of other medications in your blood. Yasmin Hurd, a CBD researcher and the director of the Addiction Institute at the Icahn School of Medicine at Mount Sinai said, “how intensely this plays out in your body mainly depends on the dosage of both the medication and the CBD that you’re taking. If the concentration of CBD is high enough, it could inhibit the activity of those enzymes, so you would get more of the other drug getting into your system,” she added.

On the flip side, very low amounts of CBD don’t seem to have that much of an effect on how well your body processes other medications. Unfortunately, there hasn’t been enough research to determine how much CBD is considered to be safe. Other factors such as the timing of taking those medications, could also influence how CBD does or doesn’t affect your medication. “Spacing out doses of medicine does help to reduce the workload on the liver,” Hurd explained. “For example, depending on the half-life of a drug, its ability to inhibit liver enzymes might be diminished after a couple of hours depending on dose, thus liver enzymes could regain sufficient function by the time a second drug is consumed later on.” In other words, this could lower the risk of a serious drug interaction, simply by taking your medications and CBD at different times of the day.

Finally, everyone responds to drugs differently. Some people may be very sensitive to a particular substance, while others may have little to no reaction. Ultimately, how our bodies process medication, and the effect it will have, is heavily influenced by genetics, age and body size.

We always suggest talking to your doctor about taking CBD if you’re currently taking medications such as anti-anxiety drugs or blood thinners. If you’re unsure, it’s always smart to talk to your physician before throwing CBD into the mix. If you’re set on taking CBD, your doctor may be able to adjust the dose of your other medications to lower the risk. Just like anything else you put in or on your body, it’s best to err on the side of caution and know, to the best of your ability, exactly what the potential side effects are.