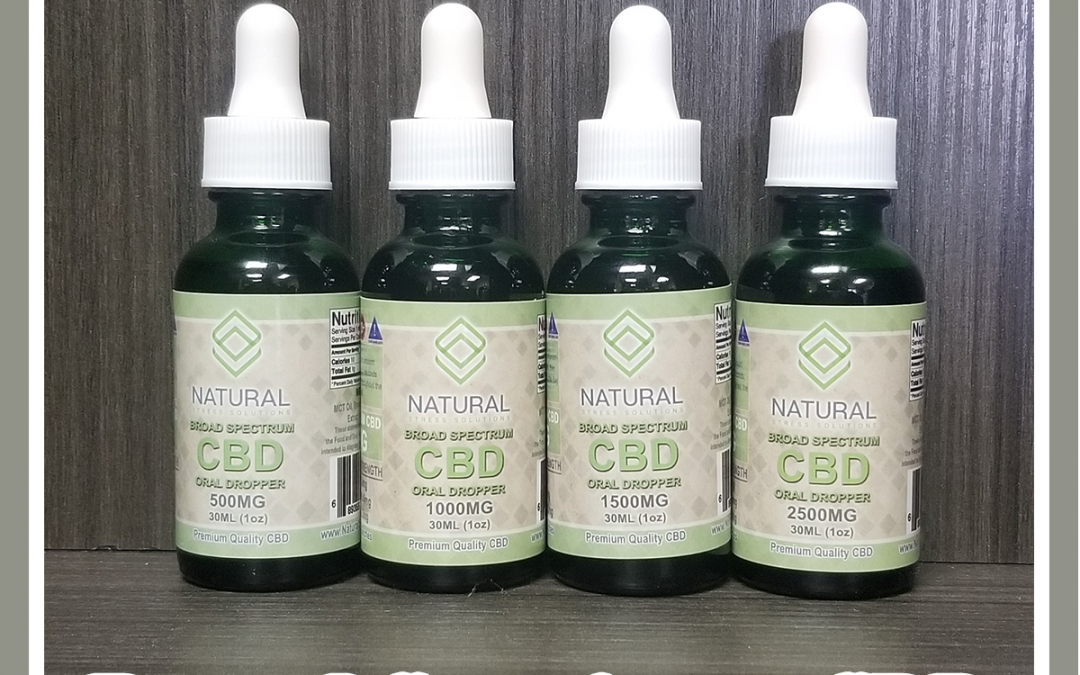 We are proud to announce that we are now offering BROAD SPECTRUM CBD! So, you may be asking yourself, what is Broad Spectrum, and how does it differ from Full Spectrum and Pure CBD? While the three terms may sound similar, they are far from the same.

Full Spectrum CBD
Full Spectrum contains all of the cannabinoids found on the hemp plant, as well as terpenes, and flavonoids which help to produce what is known as the Entourage Effect. Since Full Spectrum is a full plant extract, these products will have a green and earthy smell and taste and will come as a dark “tar” in raw form, and as a dark liquid when suspended in a carrier oil. It is also important to note that Full Spectrum CBD contains trace amounts of THC, which can show up on a drug screen.

Broad Spectrum
Also known as T-Free Broad Spectrum, or T-Free Distillate; this form of CBD will contain 4 of the naturally occurring cannabinoids found on the hemp plant (CBD, CBG, CBN, CBV). Broad Spectrum is similar to Full Spectrum in the sense that it contains more than one single cannabinoid, allowing for the Entourage Effect to happen. However, Broad Spectrum goes through a further refining process which removes the THC cannabinoid. This means that users can get the benefits of more cannabinoids, without having to worry about THC showing up on a drug screen.

So, if you are someone who has wanted to try the benefits of a Full Spectrum CBD product, but were worried about the THC, check out our new Broad Spectrum CBD Tinctures!

Want to read more articles such as this one? Read our previous blog: Can CBD Help to Shrink Fatty Tumors? by clicking here.